For still unknown reasons, President Duterte opted to cancel anew at the last minute his meeting with labor organizations, thus, further delaying the issuance of an executive order (EO) that workers hope will finally curb the practice of contractualization in the country.

As the labor sector threatens to stage massive protests leading to May 1, the Department of Labor and Employment (DOLE) confirmed last Sunday that the meeting has been reset to a still-unspecified date. “We were informed by the OP [Office of the President] through the BLR [Bureau of Labor Relations], that the meeting will not push through tomorrow [April 16],” Labor Undersecretary Joel B. Maglunsod said in a phone interview. “They did not disclose the reason [for the postponement].”

Labor groups have been anticipating Duterte will finally sign the EO in their presence during the dialogue. The draft EO they prepared has been in Malacañang for several months now. It is expected to further minimize incidents of contractualization. The signing of the EO has been canceled several times already.

Renato Magtubo, spokesman of labor coalition Nagkaisa, said that while they already got information of the possible rescheduling as early as Saturday, they were only able to confirm it last Sunday through the DOLE.

But Magtubo noted that they were already expecting the postponement after the Department of Trade and Industry (DTI) and employers’ group expressed their opposition to the labor sector’s version of the EO.

There is another version of the EO that was endorsed by the DOLE, the DTI and employers’ group.

The two versions are almost identical, except for the definition of the right to security of tenure (SOT).

In their version of the EO, labor groups defined the SOT as the direct hiring relationship between the principal employer and the employee.

The DTI and employers opposed this definition of the SOT, since if applied, contracting and subcontracting of labor will be prohibited if they violate the worker’s SOT. This, in effect, will make contractualization prohibited in general.

“The EO version of the workers and [that of the] DTI and employers are in contention, that is why the President is having a hard time deciding [on which EO to sign]. But if they want to address the problem on contractualization, they should not consider the version from employers since they are the cause of the said problem,” Magtubo said.

In a statement, Nagkaisa blamed Labor Secretary Silvestre H. Bello III for the new setback in the EO signing after he submitted to Malacañang the version endorsed by the DTI and business groups.

“We also suspect that the labor secretary will submit to this farcical wisdom of the DTI by not exclusively endorsing the labor draft before the OP,” Nagkaisa Chairman Michael Mendoza said in a statement.

Bello earlier expressed his reservations on the SOT provision of the EO version of labor groups.

Mendoza reiterated their position that they will not attend any future meetings with Duterte if the DOLE will not guarantee it is their EO that will be signed.

“With a ‘short stopper’ in place in Malacañang, the Executive secretary for the big corporate interests, contractualization is here to stay,” Labog said.

The Federation of Free Workers, a member of Nagkaisa, appealed to Duterte to shun the version from the business groups and sign the labor-endorsed EO.

“The President should make a policy that direct hiring of employee with the principal employer shall be the general norm and contracting out of jobs shall only be an exception,” FFW President Sonny Matula said. “The President is a lawyer and he knows very well that security of tenure is a guaranteed constitutional right.”

Maglunsod said they will be meeting with labor groups on Monday to discuss again how to harmonize the two EO versions.

Magtubo, however, said their version of the EO is already non-negotiable. “If there will be another deadlock in the negotiations, they could expect massive protests from us before and during Labor Day….We will continue to ask Duterte to fulfill his promise [of ending widespread contractualization].”

At the 16th Labor Executive Updates organized by the Employers’ Confederation of the Philippines (ECOP) titled “Should Contract Work Be Abolished?,” business groups were one in saying that abolishing contract work would mean dire consequences, not only to employers and their businesses, but also to the national economy, the country’s competitiveness and to Filipino workers who search for decent and quality jobs.

ECOP President Donald Dee lamented that laws and other government policies should be flexible enough, or else potential investors will look for another country. “ECOP is doing all it can to help improve human resources and labor practices in the country and invested so much to help changethe mind-set. We are an organization that will protect workers and we will work with our workers’ welfare in mind because they are our assets.”

Lawyer Ranulfo Payos, ECOP vice president, said contractualization has been a long-standing issue, and suggests that all employers should meet and, perhaps, come up with a common stand on the matter.

Lawyer Rene Soriano, ECOP honorary president, on the other hand, said that the issue has sparked much debate the past year so the group hopes to finally find the answer to the question of whether contract work should be abolished through this forum. “ECOP is vehemently against this deplorable labor practice. That is why we applaud the current administration for making a successful termination of endo in fulfilment of the President’s campaign promise. We also fully support the government’s various labor issuances that spelled doom for endo.

George Barcelon, chairman of the Philippine Chamber of Commerce and Industry, said the service-contracting industry is very crucial to the development of any country, particularly for the exporters and the micro, small and medium enterprises (MSMEs). The 2016 List of Establishments of the Philippine Statistics Authority showed that of the total 915,726 business establishments in the country, 99.57 percent belong to the MSME sector, which also helped provide 4,879,179 jobs that same year. MSMEs accounted for almost 63.3 percent of the total jobs for all types of businesses and contributed 25 percent of the country’s total exports revenue.

Barcelon fears that abolishing service contracting would make the Philippines lose its global competitiveness. “We’ve been talking about globalization for the past decade. It’s not just about the Asean economic community anymore. It’s about being competitive globally,” he added. 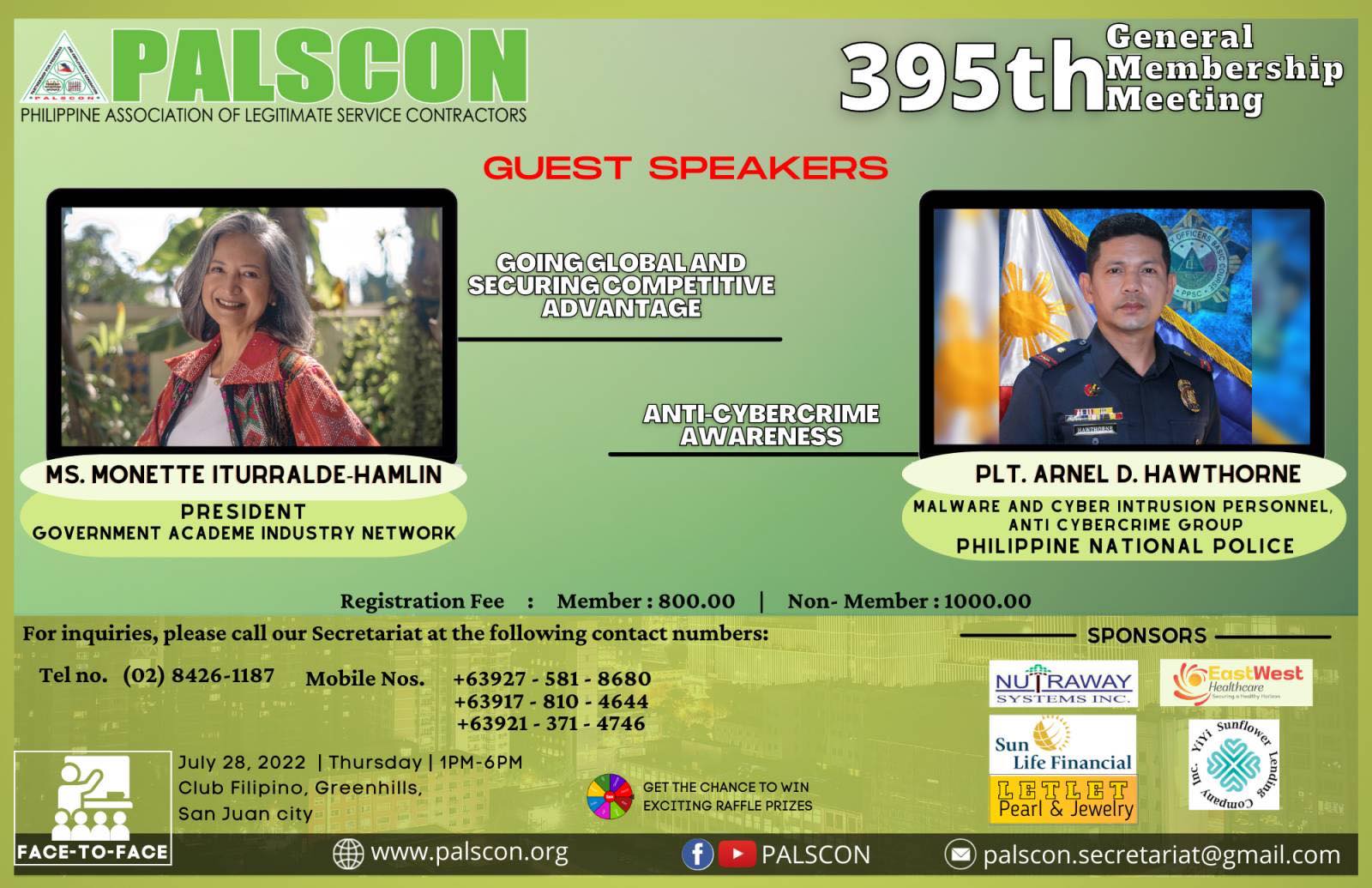